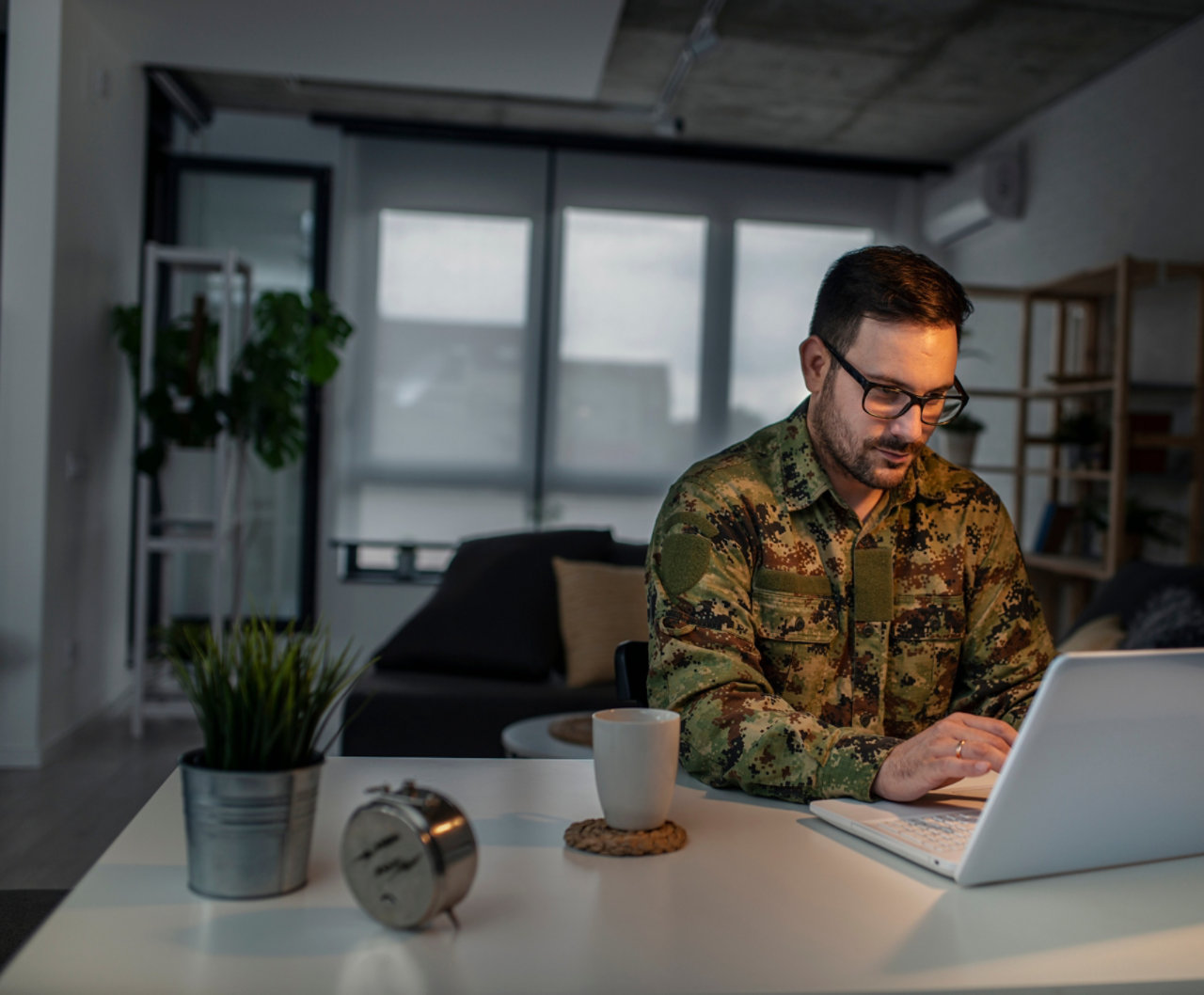 The MOD is committed to equality of lifestyle choices. A review concluded all single-living accommodation at military bases should have internet access – which is complex, and costly.

“The internet is a lifeline, so the MOD Wi-Fi solution from BT is hugely popular. We’ve increased bandwidth to cope with growing demand.” says Lieutenant Commander Louise Wooller

The MOD is committed to equality of lifestyle choices. A review concluded all single-living accommodation at military bases should have internet access – which is complex, and costly.

“The internet is a lifeline, so the MOD Wi-Fi solution from BT is hugely popular. We’ve increased bandwidth to cope with growing demand.” says Lieutenant Commander Louise Wooller

Nowadays most people take internet access for granted don’t they? Well, yes. Unless, that is, they’re in the Armed Forces. For many service personnel on UK military bases, high-speed web browsing used to be beyond reach.

BT terms and conditions stipulate fixed term contracts and cancellation charges: not ideal for service personnel who may be posted anywhere in the UK or overseas at a moment’s notice.

Camps are often too far from the local exchange for conventional broadband. There are commercial difficulties too, particularly with providing fixed lines into what is effectively temporary accommodation.

The MOD is committed to equality of lifestyle choices for all Armed Forces personnel. A major recommendation from the Defence Estate Review Programme was that all new single-living accommodation at military bases should have internet access. But delivering that promise cost effectively to existing quarters was a real challenge. An innovative approach was called for and BT developed a bespoke broadband wireless internet access solution called MOD Wi-Fi. Specifically designed for the Armed Forces it’s based on BT Wi-Fi (formerly BT Openzone), the fast-growing public Wi-Fi service.

BT Wi-Fi provides fast, secure access to the web without the need for a fixed network connection. Linked by a high-speed broadband network, BT Wi-Fi hotspots support fast data transfer for wireless devices within a range of around 100 metres. There are over three and a half million BT Wi-Fi hotspot locations across the UK and the Republic of Ireland, as well as public wireless roaming through BT partner networks when abroad.

Featuring more flexible commercial terms, MOD Wi-Fi provides high speed wireless internet access with no set up charges. A range of payment options are offered including a one-month rolling subscription with unlimited download, a pay-as-you-go voucher scheme, or a standard 18-month contract. There is even the potential for free access for personnel with existing BT Broadband or BT mobile contracts, including free Wi-Fi minutes from BT Wi-Fi partners such as o2, Everything Everywhere, Tesco Mobile, and Vodafone.

Before starting an MOD Wi-Fi installation, a detailed physical survey of the military base identifies the right locations for the wireless access points for optimum coverage. BT also obtains accreditation for the design via the MOD Site Co-ordinating Installation Design Authority (SCIDA). Optical fibre cables, usually in a highly resilient ring, provide fast connectivity – typically between 100Mbps and 1Gbps – to the BT core network. As part of the installation sign off BT provides a “heat map” which shows the strength of network coverage in the different areas of the accommodation.

The first military base to take advantage of MOD Wi-Fi was HM Naval Base Clyde (also known as Faslane) – the nation’s primary base for submariners.

As well as surfing the internet and sending emails, service personnel can watch catch up TV, visit gaming sites, and carry out personal banking. They can even set up webcam video links over the internet to chat with family and friends.

“Most people are posted here for between 18 months and three years,” says Lieutenant Commander Louise Wooller. “It’s very important for them to keep in contact with family and friends as well as conduct personal business.”

The internet is a lifeline, so the MOD Wi-Fi solution from BT is hugely popular. In fact, BT has had to increase available bandwidth to cope with growing demand.

Further deployments at other military bases look set to follow.